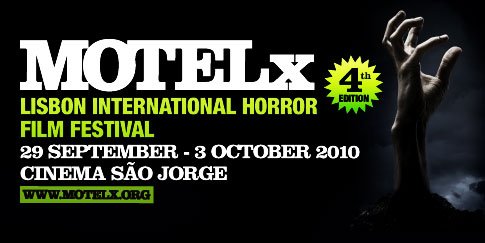 The 4th edition of MOTELx – Lisbon International Horror Film Festival will take place from September 29 to October 3 at Cinema São Jorge, the 60 year old cinema located right in the centre of Lisbon that will be renovated at the time of the festival. MOTELx will happen this year just before the celebration of the centennial of the Portuguese Republic and will last for 5 days of full horror.

MOTELx will present for the second time the MOTELx Award for the Best Portuguese Horror Short Film in competition whose winner will be announced on the last day of the festival. The award is open to Portuguese productions as well as co-productions with foreign film companies. The amount of the prize is now 2,000 €. The submission deadline is on August 15 and the submission form and regulations are available at www.motelx.org.

MOTELx is a yearly festival that shows the best international horror films recently produced in all parts of the world and that brings the public together with flesh and blood international film directors. In 2009, MOTELx had 9,000 tickets sold and has shown 63 films from 15 different countries, including 25 National Premieres and 1 World Premiere. MOTELx has invited 24 film directors to the festival last year such as Stuart Gordon (“Re-animator”) and John Landis (“An American Werewolf in London”).

MOTELx, Where Horror is Welcome